How the Election Results Could Impact Startups and Small Businesses 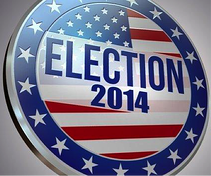 The midterm election witnessed depressingly low voter turnout. It was likely due, at least in part, to widespread dissatisfaction with the political gridlock that has been plaguing our nation’s capital. It doesn’t make any sense for citizens to avoid the polls when they are unhappy with politicians’ actions, or lack thereof, but it tends to happen nonetheless.

However, now that the Senate has shifted right, and the GOP has control of both houses, there is general hope that the newly unified Congress will actually start to enact some legislation. Many experts are optimistic that the economy will continue to improve, with startups and small businesses expected to benefit from the pro-business environment and policies. The following are some of the pertinent issues for the business community:

Investors aren’t exactly fans of uncertainty, and the weeks leading up to an election are anything but certain, so just having the election behind us should help stabilize the stock market. In addition, the GOP-controlled Congress will more than likely focus its efforts on passing laws that foster competition and growth. These policies should help bolster investments, which is obviously good news for startups and small businesses seeking funding.

Interestingly, the market has performed particularly well in the past when there was a Democratic President and Republican Congress, so perhaps history will repeat itself...

It is no secret that the GOP believes in reducing the corporate tax rate to encourage competition, create jobs, and keep companies in the country, among other purported positive effects. Thus, tackling tax reform will surely be one of the first items on the Congressional agenda, and any changes to the corporate tax rate are guaranteed to impact businesses of all sizes.

Individuals are unlikely to see tax rate hikes and may even experience a reduction in their tax liability. Of course, one goal of tax relief is to increase Americans’ earnings, and hence their spending power. Hopefully, the implementation of any such measures will actually encourage consumer spending, which would be particularly good news for small businesses.

Local, state, and federal government agencies across the nation have experienced drastic budget shortages and were forced to cut spending and furlough employees. These cuts are likely to linger, so this particular issue may negatively impact startups and small businesses, especially those dependent on government-backed funding or contracts.

As much as politicians hate to keep raising the debt ceiling, it is just too difficult to predict the outcome of a default. And, even though quantifying the magnitude of such a political decision is quite complicated, there is a general consensus among economists that the consequences of default could be catastrophic. Therefore, it is extremely unlikely that the government (regardless of which party is controlling it) would be foolish enough to default on our national debt, and businesses can probably stop preparing for such an occurrence or worrying about how that would affect the economy.

The last government shutdown ended up costing the country greatly, hindering productivity, slowing economic growth, and further damaging Americans’ confidence in the political process. Congressional watchdogs are optimistic that the reverberations from that decision will haunt the halls of Congress and prevent lawmakers from making that mistake twice.


After years of sluggishness and inaction in Washington, we are hopeful that there will be movement in the near future. Regardless of one’s political affiliation or leanings, any such developments after the protracted standstill should be welcomed as they are likely to produce some positive effects for businesses and the economy.

How to Find A Venture Capital Firm

Minor Updates You Should Be Sure To Share With Your Investors