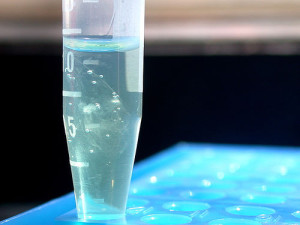 The very recent turn-around in prospects for biotech startups is one of the happier bits of financial news in recent months, and here’s a bit of background on that positive development.

Biotech startup funding suffered during the economic downturn from 2008 through 2011. While venture capitalists invested $6.17 billion in biotechs of all stages during 2007, this figure had dropped to $3.92 billion in 2011. Shares in biotech firms that went public in 2011 averaged 29% lower than their midpoint expected offering price, and this discouraged some VCs so much that they stopped funding biotechs altogether.

By March 2012, financial analysts were making pronouncements like “the gravy days are over,” as one Wall Street Journal article declared, and in early 2013, Fierce Biotech, which monitors trends in the biotech industry, called the funding climate “abysmal.” Explanations of this depressing trend were flying thick and fast, as different analysts hastened to weigh in. One common suggestion was that VCs were reluctant to engage with startups where their investments would be held for an average of 9 years, due to slow and expensive product development periods. Another school of thought declared that the slowdown was due to federal healthcare reform and its potential disruption of pharmaceutical payment structures. Gloomily, the biotech industry watched VC dollars pour into software startups, where risks seemed lower and exits faster.

But what a difference a quarter can make! By the end of 2013’s second quarter, the tide of biotech funding had come surging back. The MoneyTree Report, a quarterly overview of U.S. venture capital activity, reported that as of the end of 2013’s Q2, the biotech industry had realized a 209% increase in first-sequence investment, from $77 million to $238 million. Furthermore, Casey Research reports that the biotech increases had outstripped those of any other industry. As of September 5, Fierce Biotech declared, “No end of biotech IPO frenzy in sight!”

What happened to cause this turn-around? The New York Times points out that the “hot streak” has been fueled by how much possibility there is for deal-making. They describe a gutsy move by Onyx Pharmaceuticals, which turned down a $10 billion acquisition bid by Amgen, and then subequently saw its share price increase by 50%. In the wake of this deal, an unprecedented number of biotech firms are completing IPO’s, and investors are showing a new tolerance for risks.

Some optimism also results from the increasing number of new drug approvals. The National Venture Capital Association (NVCA) has been lobbying for the FDA to speed up its approval process, and this effort appears to be paying off. Mark Heesen, president of NVCA, recently commented, “Life sciences (biotechnology and medical devices) investment is poised for a slow and steady recovery, provided we can continue to see progress on the regulatory front.”

In addition, some of the major brand-name drugs like Lipitor and Plavix are falling off the “patent cliff,” or entering the period when generic brands can compete at lower prices. For this reason, the big pharmaceutical companies “are going to continue to look outside to find the next wave of innovative therapies,” according to Dennis Purcell, senior managing partner of Aisling Capital, a New York life sciences venture capital firm.

Prospects appear bright in the biotech industry for a wide range of reasons detailed in this enthusiastic New York Times report. It will be interesting to watch these trends play out in the seasons to come.