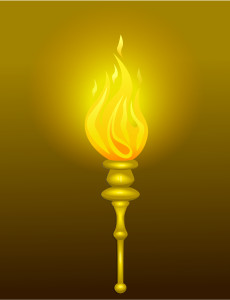 Security concerns surrounding the Sochi Winter Olympics are largely focused on ensuring the safety and well-being of the athletes, spectators, workers, bystanders, politicians, and Russian citizens throughout the massive country. While terrorists threats appear to have been contained, another security concern involves data security. Hackers, malware, and cybercrimes may be occurring silently in the background and may not be discovered until after the damage is done.

Earlier this month, the U.S. Department of Homeland Security's United States Computer Emergency Readiness Team (US-CERT) issued a Security Tip specifically addressing cyber threats to the Winter Olympics in Sochi. Several concerns, including the potential hacking of Olympic sponsor websites by "hacktivists" who feel that the infrastructure for the Olympic Winter Games was built on the "graves of 1 million innocent Caucasians who were murdered by Russians in 1864," were outlined in this Security Tip.

In a recent interview discussing these tips, NBC News' national investigative correspondent Michael Isikoff said, "Here we have an Olympics in Russia, in a region that is in some ways a capitol of hacking. So it's no surprise that the concerns are going to be greater in this case."

Not only is Russia known as a hotbed of cybercrime, another security concern involves Russia's own policies regarding the lawful interception of electronic communications. Business professionals and individuals visiting Russia with their laptops, tablets, and smart phones may be unaware of Russia's System of Operative-Investigative Measures (SORM) which gives Russian authorities the legal right to monitor, capture, and block telephone communications, Internet traffic, and other forms of electronic communications. This includes recordings, location information, and subscriber data.

The US-CERT's Security TIP concludes that, "Therefore, it is important that attendees understand communications while at the Games should not be considered private." Not only that, Russia's encryption licensing requirements give Russian authorities the legal right to inspect and confiscate devices containing encrypted or sensitive data when individuals leave the country. This means that any computer, smart phone, tablet, USB stick, or other device containing files or communications should be considered vulnerable to inspection or confiscation.

Some business professionals traveling to Russia take "disposable" laptops with them and use secure data rooms to store and access sensitive files. Data rooms are a significant step above most online data storage services in terms of confidentiality and security. By using a data room to store company documents such as financials, mergers and acquisition files, and other sensitive corporate documents, you and the parties that you designate can securely access the files you need without having to store them on a hard disk. Should the Russian authorities confiscate your disposable laptop as you leave the country, your confidential data remains safe and secure in your data room.

Other features such as 256-bit encryption, built-in non-disclosure agreements, view-only access, and watermarked documents with audit logs make data rooms the most secure choice for business when visiting the Olympic Games in Sochi or anywhere else for that matter.