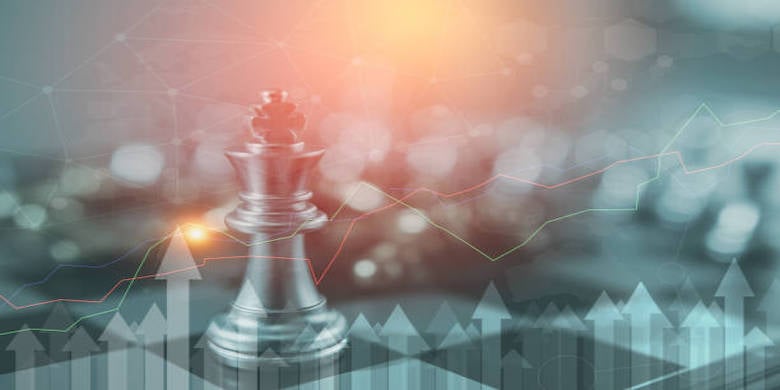 True to the recent trend, the second quarter saw record-breaking M&A activity, valued at roughly $1.5 trillion. Much like Q1, the quarter set itself apart in terms of total value, rather than the number of deals, meaning that activity was skewed towards larger mergers. Most of the world saw massive gains in activity year-over-year, but China saw a relative decline, consistent with their crackdown on their capital markets and mega-firms.

In contrast to the previous quarter, SPACs, which we’ll discuss later, seem to have fallen from grace. Their decline in relevance is due to greater regulatory scrutiny and public skepticism.

The M&A landscape is still defined by the pandemic and the economic reorganization that it spurred. The biggest sectors for mergers and acquisitions are all driven by the pandemic in some way, from greater technological integration to a focus on biotechnology.

The United States was far and away the greatest destination for M&A dollars. US deal value was up over 800% from last year to $710B, nearly half of global value. The same figure for Europe was up 200%, while the Asia-Pacific region more than doubled in M&A value. Chinese activity lagged the region in volume growth, though a couple mega deals drove a significant total value increase.

Despite some notable mega-mergers, China saw a tougher environment for large-scale activity in the second quarter. The government cracked down on its own tech darlings, like eCommerce giant AliBaba and rideshare app DiDi, imposing harsh penalties and sandbagging IPOs. There are concerns over China’s more restrictive approach to its big companies, and the heavy hand it’s recently used in regulating the economy.

Unlike the rest of the world, which saw much higher deal volume compared to the same quarter last year, the number of Chinese deals was virtually the same, and featured a lack of foreign capital. Out of 453 Chinese M&A deals in Q2, only 46 involved a foreign firm.

While perhaps most impacted, China was not the only country whose policy environment kept capital onshore. As Reuters reported, a more uncertain regulatory and economic outlook meant that most deals, both in terms of volume and value, were domestic. Companies are more concerned about heavily investing abroad, as global supply chains and free capital flows are under greater stress than in the past several decades.

Here are some of the quarter’s biggest deals:

In our Q1 recap, we talked about how SPACs were making a huge impact on the acquisition space. To remind the reader, SPACs, or Special Purpose Acquisition Companies, are public companies that investors fund with a blank check, with the ultimate purpose of acquiring another private company. Since SPACs go public to raise money for their acquisitions and tend to target private firms, they give normal investors some exposure to the riskier, but potentially higher-yield, private equity space.

However, when SPACs took off in Q1, so did public scrutiny. As a way to funnel public capital into private equity, SPACs also enabled these firms to basically go public without all the audited, SEC-friendly due diligence that comes with an IPO. That brought on greater federal oversight, which we mentioned was a possibility after Q1.

As a result, SPAC activity was way down last quarter. Q1 saw 310 SPACs formed globally, while Q2 saw that number fall to just 76. The total value of SPAC deals dropped from $95.5 billion to $14.6 billion.

The biggest sectors in Q2 looked a lot like those of Q1. Driven in different ways by the pandemic’s transformative impact, TMT, Biotech, and Industrials all saw significant year-over-year growth, and ranked among the economy’s biggest sectors for M&A activity.

TMT has taken off in the wake of the pandemic. As we discussed in our Q1 recap, companies both within and outside the sector are snapping up tech and telecom firms to better position themselves for a more digital world. The healthcare-heavy environment has also seen a major capital movement toward biotechnology, especially greater digital integration, such as through AI and the Internet of Things (IoT).

Economies around the world, from the US to China, are pursuing infrastructure projects to stimulate their economies and foster greater self-sufficiency in light of supply chain uncertainties. As a result, M&A activity was particularly strong in the infrastructure, transportation, and industrial sectors.

Q2 largely followed the trends of the previous quarter, with M&A activity continuing to surge and consolidate around a smaller number of larger deals. Deals were mostly between two companies of the same country, reflecting a reluctance to go international in a riskier environment. TMT, Biotech, and Industrials all soared, each driven by the forces of a post-pandemic economy. The biggest departure from Q1 was a heavy reduction in SPAC activity, as both investors and regulators became more wary of the investment vehicle.