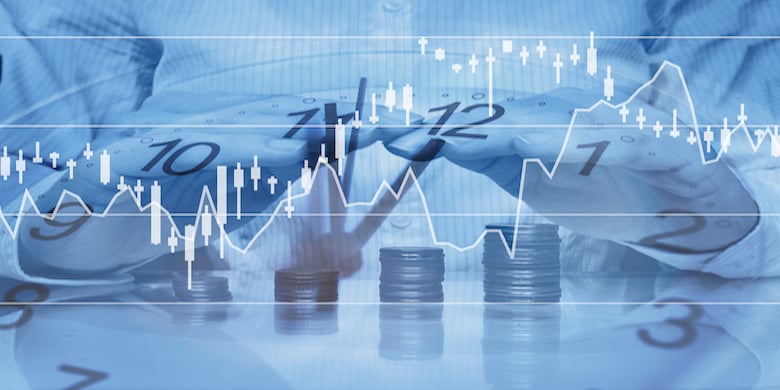 The trends that have defined the year mostly kept up in Q3.

Financial technology, especially tech-based financing companies, saw a major buzz this year. The buy-now-pay later space was a major target for finance giants, evidenced by Square’s $30 billion acquisition of Afterpay, PayPal buying Japanese firm Paidy, and Goldman Sachs stepping up its FinTech game with its GreenSky buyout. The quarter capped  over $400 billion in deals so far this year for the financial sector alone, much of that in FinTech.

SPACs (Special Purpose Acquisition Vehicles), the talk of the town in early 2021, fell off in Q2 and Q3 under greater investor and regulatory scrutiny. It remains to be seen whether the investment vehicle, which allows retail investors to fund private equity buyouts through a publicly traded acquisition company, will make a comeback in the future.

Some of the Quarter’s Biggest Deals: 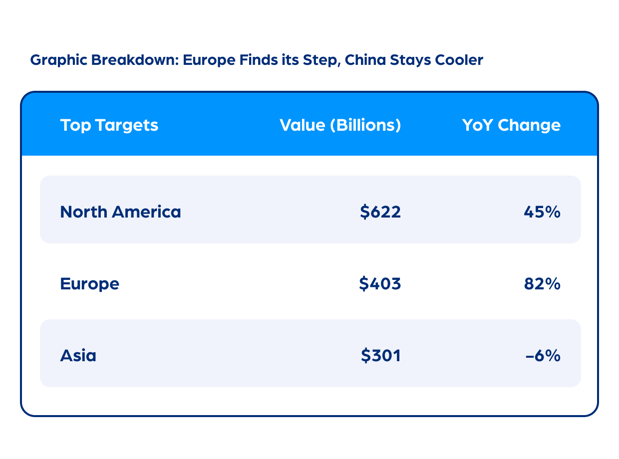 Asia stands out as lagging other regions in M&A growth, driven mostly by China’s activity slowing to a trickle. China saw M&A activity fall 63% to $75 billion year-over-year, and its share of Asian deal value plummeted from over 60% to 25% in the same time period.

While most regions saw a modest dip in M&A activity over last quarter, Europe jumped from 17% to 27% of the global total value. The $400 billion quarter saw the United Kingdom and Germany shine as transaction hotspots.

Major Deals in the Region Included:

This year has been a special one for mergers and acquisitions. It will almost certainly end as the biggest one to date in terms of value. 2021 has seen trillions of dollars in activity, from private equity acquisitions to strategic deals. Throughout the year, a driving factor has been liquidity.

“The rationale is pretty straightforward—we’re really awash in liquidity.” Speaking to Reuters, Mark Shafir, the co-leader of M&A at Citigroup, explained that first and foremost, surging activity is because of an abundance of cash and cheap financing. "You've got an incredibly hospitable fixed-income market in terms of rates and availability. So there's plenty of opportunity to do deals."

The world is responding to a combination of cheap financing, robust growth, and a competitive environment in flux following the pandemic. However, the feeling that this party has an expiration date seemed to be more of a driving factor in Q3.

Squeezing Through the Door?

While optimism and a strong recovery largely drove this year’s M&A frenzy, Q3 marked a potent sense of something else: urgency. Reflecting the sentiments of many, global co-head of M&A at JPMorgan Dirk Albersmeir attributed the quarter’s striking activity to a growing consensus that the iron may not be hot for much longer.

In a recent Reuters interview, he explained:

"M&A is a confidence game. Both corporates and sponsors feel very good about the current environment and that's why they are aggressively pursuing opportunities before there is a market correction… Investors are sensitive about factors like inflation, interest rate developments and increased regulatory scrutiny."

Indeed, market watchers around the world are growing nervous as a number of economic clouds loom over a rosy recovery. Inflationary pressure keeps building up, and supply chain challenges are likely to persist well past 2021.

The regulatory environment, both in China and the United States, looks less amenable than it did a year ago; China is cracking down on its largest tech companies while the US' current administration looks to reverse the previous administration's hands-off approach to corporate consolidation. Ongoing trade frictions between the two countries and around the world are also weighing on growth. Recent economic data compounds worries in the two largest economies; the US saw its lowest number of added jobs this year, while China’s 3rd quarter GDP growth slowed to just under 5%.

While these challenges could be temporary, they’ve driven a sense that high buying power, cheap financing, and an accommodating regulatory environment won’t be around forever, and 2021 is the time to make big deals.